Gabriela Vojvoda-Engstler (Univ of Saarland) and Eamonn O Ciardha (Univ of Ulster, Magee campus) were the two inspirational forces behind the conference, and they weaved German, Irish and ex-Yugoslav networks together to create an enjoyable high quality academic conference on the themes of conflict regions, urban space and literature. After a brief welcome by the mayor of Derry and other funders, Brendan O’Leary and I started things off. In a talk entitled “War and a Herzegovinian Town” (a nod to Eamonn Mc Cann’s classic on Derry and the civil rights movement) I outlined 5 structural processes that account for why Mostar is today a deeply divided town politically. Brendan spoke more broadly about the points of comparison and divergence between Bosnia and Derry/Londonderry.

The following two days featured many excellent papers. Three of particular interest to scholars of Mostar were Fedja Buric’s autobiographically grounded study of being mixed in Mostar, which began with discussion of why his father covered a tatoo (pictured) on the Adriatic coast in the summer of 1991. Ana Aceska, who is from Skopjia and recently finished her Ph D at Humboldt Univ in Berlin, talked about East Mostarians and their perception of the aggrandized Franciscan tower just next to the Bulevar. Her methods were ethnographic and embedded in a sociological literature on place making and identity. Also at Humboldt University is Miranda Jakisa who discussed the new film “Obrana i zastita” by Bobo Jelcic which is set in Mostar and is a portrait of an ordinary man plaintively trying to adjust to the new ideological order in the city, one a lot like the old (and Kafkaesque). In different ways, all three papers were exploring identity complexes beyond the prevailing antagonistic ethno-national and ethnopolitical order of things that has congealed around most Bosnian places. Excesses and (con)fusions of identity expressed by diasporic ex-Yugoslavs and their educated sons and daughters…..

There were many other excellent papers. The organizers hope to create an edited volume from the conference, and to organize a follow up conference in Sarajevo next year. 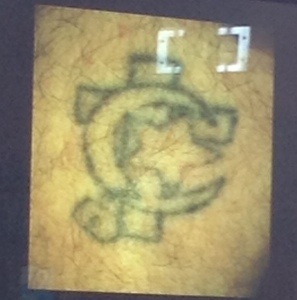